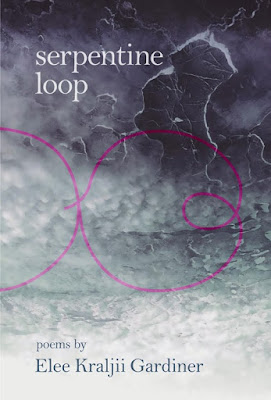 The river sews itself into the city’s muscle
with stories.

alone at night: how our mother’s friend, swallowed by water,
resurfaced. How, alone, he retraced

circuitous route rather than risk a shortcut.
How his clothes froze stiff enough to crack a joke.

How one of our grandfathers saw his son fall

through ice delicate as meringue,

how the hole widened, its edges collapsing
as he tried to pull himself out.

How our other grandfather
lost his son to the winter river
without knowing when
or how.

Always around ice, we were trained
for emergency: how to drag a line

or use a belt, even a coat sleeve.
How to spread our weight wide.

We knew the outline, what adults could handle

before they turned away. Newspapers dredged the rest. 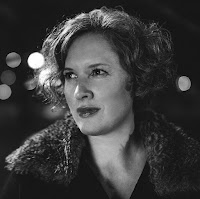 Elee Kraljii Gardiner directs Thursdays Writing Collective, a non-profit organization of more than 150 writers in Vancouver. She is co-editor with John Asfour of V6A: Writing from Vancouver’s Downtown Eastside, which was shortlisted for the 2012 City of Vancouver Book Award. Her poetry won CV2's Lina Chartrand Award in 2011 and was a finalist for both Malahat's Far Horizon 2014 Prize and the 2015 Robert Kroetsch Award for Innovative Poetry. Her writing has appeared in numerous publications and several anthologies. Originally from Boston, she currently calls Vancouver home.

Writers, like skaters, score the blank sheet and test the edge of inclusion and exclusion. The accessible poems of Serpentine Loop begin with a word from skating and push off to another topic, or revisit ideas of femininity, control, and language as pattern, or enact principles from the rink such as symmetry, joy, endurance, and accent, revolution, response. These are engaging, poignant poems about life on and off the ice.