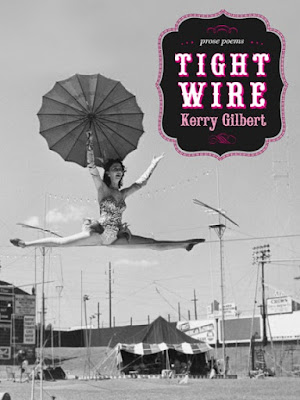 the 737-pound woman on display was a slender child—the
kind that sucks on a springy auburn curl while carefully
pushing peas with her finger to a designated spot on her
plate—leaving the mashed potatoes untouched—mount vesuvius
heavy with thick sauce. but then, when she was five, she
witnessed a girl crawl into a backyard snow fort with a man
at recess. and in the swiftest of moments, faster than melting
butter on warm bread, she ate the child all up—wiping the last
curl from her drippy wet mouth before anyone could guess
what had happened. and as the years passed, she grew with
different versions of the same girl over and over and over until
now, up on a dimly lit stage, she sits on an ornate tapestry sofa,
in a soft pink baby doll dress—her curls pinned too high with a
doubled-up silk ribbon. 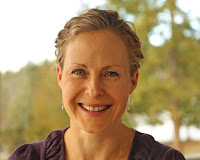 Kerry Gilbert grew up in the Okanagan. She has lived on Vancouver Island, in South Korea, and in Australia. She now lives back in the valley, where she teaches at Okanagan College and raises her three children. Her first book, (kerplnk): a verse novel of development, was published in 2005.

In this skillful collection, images of the circus are central. The theme of these poems are balance: both literal, with ten antique carnival prose poems becoming the spine of the collection, as well as symbolic, with prose poems about women’s stories/voices—balancing their growing/shrinking bodies and their ordinary/extraordinary lives. Funambulism–the art of walking the tight wire, writes courage into focus.

"The "tight wire" is where the feminine is performed within the callousness of the culture's expectations. Gilbert provokes the reader to imagine the violence, vulnerability, and grief that can attend the female experience of marriage, birth, and motherhood.” – Sharon Thesen

Purchases: The Mother Tongue website, or at your local bookstore. $18.95.

Mother Tongue * About This Series * More Books, Please!
The copyrights of all poems included in the series remain with their authors, and are reprinted with the permission of the publishers.
Email ThisBlogThis!Share to TwitterShare to FacebookShare to Pinterest
Labels: BCPoetry2016, community, Mother Tongue Publishing, review