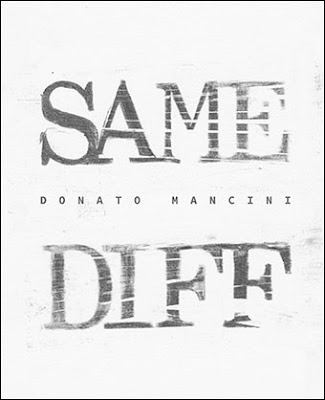 "you aren’t going to like what i have to say" 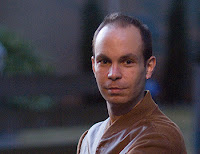 Donato Mancini makes visual and procedural poetry, bookworks, and visual art. His books and chapbooks include Snowline (2015), Buffet World (2011), Fact ‘N’ Value (2011), Hell Passport no.22 (2008), Æthel (2007), 58 Free Coffees (2006), and Ligatures (2005). Notable exhibitions of Mancini’s visual artworks have included exhibitions through Artspeak, Western Front, Gallery Atsui, Malaspina Printmaker’s Society, and CSA. He performed with Gabriel Saloman in their noisepoetry/noisecomedy/noisemusic ensemble in the 2013 LIVE! Biennale of performance art, and as part of Concrete Scores at Open Space. Mancini’s published critical writing includes work on the archive, time, and memory in Anamnesia: Unforgetting (2011), and a discourse analysis of poetry reviews in You Must Work Harder to Write Poetry of Excellence (2012). His previous full-length book, Loitersack (New Star, 2014), is a labyrinthine commonplace book where critical, theoretical, and paraliterary tendencies intersect in the forms of poetry, poetics, theory, theory theatre, laugh particles, and many, many questions. He holds a Ph.D. in English from the University of British Columbia.

Same Diff meets at the intersection of contemporary poetry, art, and current politics. Influenced by documentary cinema such as the films of Frederic Wiseman, Dada poets, montage techniques, and a range of modern poets, Same Diff explores the way social and economic histories become imprinted within language itself.

The political and poetic melancholy of our moment is revealed in a long poem on climate change, particularly the disappearance of snow, while the real-life effects of fiscal austerity and poverty are voiced in fragments conveying social neuroses that stem from amplified, unfair competition for basic necessities.

Each poem introduces a dominant motif that develops through repetition and incremental variations, sourcing language from newspapers, online sources, and overheard conversations to create an emotive effect, as felt in music.

Purchases: From the Talonbooks website, McNally-Robinson online, or at your local bookstore. $16.95.

Meeting at the intersection.

Talonbooks * About This Series * More Books, Please!
The copyrights of all poems included in the series remain with their authors, and are reprinted with the permission of the publishers.
Email ThisBlogThis!Share to TwitterShare to FacebookShare to Pinterest
Labels: BCPoetry2017, community, review