BC Poetry 2017: "Short Takes on the Apocalypse" by Patricia Young (Biblioasis) 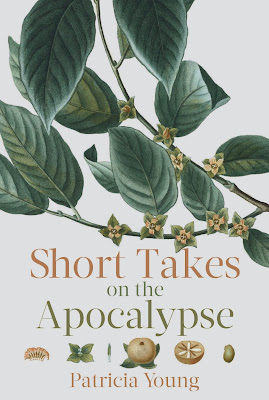 Shott Takes on the Apocalypse 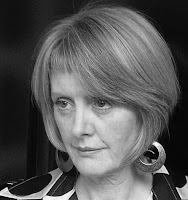 Patricia Young has published twelve collections of poetry and one of short fiction. She has received numerous awards for her writing including The Dorothy Livesay Poetry Prize, the Pat Lowther Award, and a CBC Literary Prize. She has twice been nominated for the Governor General’s Award for Poetry. Her collection of short fiction, Airstream, won the Rooke-Metcalf Award, was shortlisted for the Butler Prize and was named one of the Globe and Mail’s Best Books of the Year.

Short Takes on the Apocalypse features poems built entirely upon the words of others. Originating as a response to Elmore Leonard’s “Ten Rules of Writing,” and expanding to include poetic responses to quotations about writing from other sources—from Leonardo da Vinci to Neil Gaiman, Margaret Atwood to Jimmy Kimmel—the resulting pieces traverse a myriad of themes. Playfully exploring subjects as wide-ranging as veganism, gun violence, sex, parenting, feminism, death, and Coachella, Young bounces off the selected epigraphs with a vital energy and crackling wit.

Purchases: From the Biblioasis website or at your local bookstore. $18.95.

Building entirely upon the words of others.

Biblioasis * About This Series * More Books, Please!
The copyrights of all poems included in the series remain with their authors, and are reprinted with the permission of the publishers.
Email ThisBlogThis!Share to TwitterShare to FacebookShare to Pinterest
Labels: BCPoetry2017, community, review