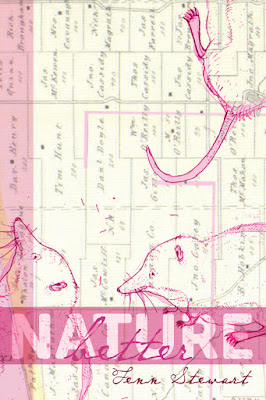 if Walt Whitman were washing dishes in a kitchen in East Vancouver, listening to the coyotes through the screen door while her daughter slept in the other room. 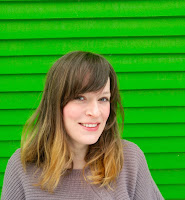 Fenn Stewart lives in Vancouver, where she teaches literature, writing, and research. Her poetry has appeared in The Capilano Review, Open Letter, The Arcadia Project, and in the form of three chapbooks, An OK Organ Man (shortlisted for the 2013 bpNichol Chapbook Award), Vegetable Inventory, and from Waltzing. Her research on Canadian culture and literature has appeared in various journals, including ARIEL: A Review of International English Literature and Law, Culture, and the Humanities. Better Nature is Stewart’s first book of poetry.

Much of the language that makes up Better Nature — the first poetry collection by writer and academic Fenn Stewart — is drawn from a diary that Walt Whitman wrote while travelling through Canada at the end of the nineteenth century.

But rather than waxing poetic about the untouched Great White North, Stewart inlays found materials (early settler archives, news stories, email spam, fundraising for environmental NGOs, and more) to present a unique view of Canada’s “pioneering” attitude towards “wilderness”—one that considers deeper issues of the settler appropriation of Indigenous lands, the notion of terra nullius, and the strategies and techniques used to produce a “better nature” (that is, one that better serves the nation).

Book*Hug * About This Series * More Books, Please!
The copyrights of all poems included in the series remain with their authors, and are reprinted with the permission of the publishers.
Email ThisBlogThis!Share to TwitterShare to FacebookShare to Pinterest
Labels: BCPoetry2018, Book*hug Press, community, review