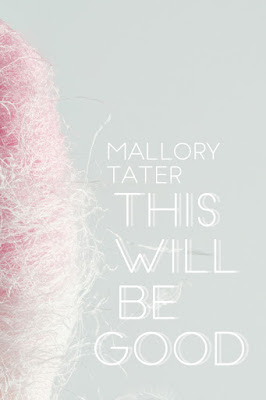 Mallory Tater is a writer from the traditional, unceded territories of the Algonquin Anishnaabeg Nation (Ottawa). Mallory’s poetry and fiction have been published in literary magazines across Canada such as Room Magazine, CV2, The Malahat Review, The Fiddlehead, The New Quarterly, Carousel, Prism International and Arc Magazine. She was shortlisted for Arc Magazine’s 2015 Poem of The Year Contest, The Malahat Review’s 2016 Far Horizon’s Contest and Room Magazine's 2016 Fiction and Poetry Prizes. She was the recipient of CV2’s 2016 Young Buck Poetry Prize. She is the Publisher of Rahila’s Ghost Press, a poetry chapbook press. She lives in Vancouver.

Mallory Tater’s This Will Be Good tells the story of a young woman’s burgeoning femininity as it brushes up against an emerging eating disorder. As the difficulties of her disease reveal themselves, they ultimately disrupt family relationships and friendships.

These poems deftly bear witness to the performance of femininity and gender construction to reveal the shrinking mind and body of a girl trying to find her place in the world, and whose overflowing adolescent hope for a future will not subside.

(p.s. You can read my interview with Mallory about the book here).

Purchase from the Book*Hug website or at your local bookstore. $18.

Hoping for a future.

Book*Hug * About This Series * More Books, Please!
The copyrights of all poems included in the series remain with their authors, and are reprinted with the permission of the publishers.
Email ThisBlogThis!Share to TwitterShare to FacebookShare to Pinterest
Labels: BCPoetry2018, community, review