BC Poetry 2018: "Songs for Dead Children" by E.D. Blodgett (University of Alberta Press) 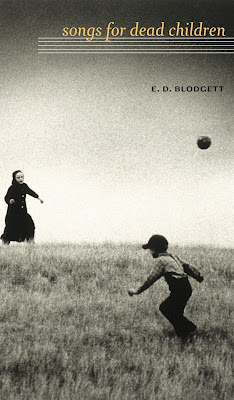 from Songs for Dead Children 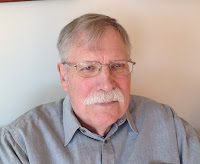 E.D. Blodgett is a literary historian, translator, and poet. He has published 28 books of poetry, of which 2 were awarded the Governor General’s Award. Translations of his poetry have appeared in French, Serbian, and Hebrew, among other languages. He was Professor of Comparative Literature at the University of Alberta, a former Writer-in-Residence at Grant MacEwan University (2004), and past poet laureate of Edmonton (2007-09). He is currently involved in writing a bilingual renga with a Francophone poet from Winnipeg.

In a series of poems inspired by Gustav Mahler's Kindertotenlieder, E.D. Blodgett searches for meaning amidst grief. In the contemplative gentleness of his words, he finds the special light children possess in their state of unknowing as they encounter the world. These sparse poems move through acceptance and resignation to the solace that exists in the word. Songs for Dead Children will speak to readers who have experienced loss, are exploring grief, or want to find a way to connect with stillness.

"Blodgett’s profound poetic meditation explores primordial innocence, the brutalities and betrayals of the current world of experience, and the possibility of an integrated, timeless state of innocence. These poems leap, skip, lament, and sing, offering hope that creativity, playfulness and empathy lie at the base of all being. They will break your heart, take your breath away, and give it back again in “verdant hallelujahs.”"

Purchase from the University of Alberta Press website or at your local bookstore. $19.95.

University of Alberta Press * About This Series * More Books, Please!
The copyrights of all poems included in the series remain with their authors, and are reprinted with the permission of the publishers.
Email ThisBlogThis!Share to TwitterShare to FacebookShare to Pinterest
Labels: BCPoetry2018, community, review

And now we have lost him...
We can only turn for solace to the beautiful luminous words he has left us.
Thank you Ted.💖