grandpa picked them
and presented them to grandma
who gave them to little cousin
to wash then handed them to
uncle to serve to father and
daughter and boyfriend arrived
from across the planet only
for this blackberry dessert
and maybe it was cousin’s
tiny hands but the berries
are riddled with ants and
grandpa doesn’t seem to
notice grandma uncle cousin
father don’t seem to notice
daughter doesn’t seem to notice
but boyfriend does and he
the furthest away from all
of this doesn’t know what
to say or what language to
say it in so he crunches them
down and later that night he
tells daughter and father who
howl and avoid admitting
they would have done the
same though later they
stay up much of the night
agitated by some invisible
thing that determinedly
tickles its way down their
throats.

from the spring 2006 issue of iamb: sfu's creative writing journal. more of my poems from iamb here.
No comments:
Email ThisBlogThis!Share to TwitterShare to FacebookShare to Pinterest
Labels: poem

here's something i submitted to The Peak as a feature. by the end of the week it somehow came out as a letter to the editor.

there are always a lot of cardboard boxes around The Peak office. i'm beginning to suspect they have a transmogrifier.

anyway, here is the feature/letter. hell, maybe it's a chicken by now. or a panther.

Everything I need to know about suburbia I learned from Port Moody hockey
1 comment:
Email ThisBlogThis!Share to TwitterShare to FacebookShare to Pinterest
Labels: non-poem 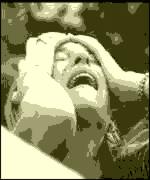 what about
all the other days

all the other days
after the playoffs

it is just
the end of the season

things for you to know (and tell others) 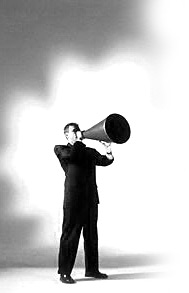 one cool word magazine is holding a fundraiser at cafe deux soleils on commercial on tuesday night. 5 bucks gets you some music, rc weslowski and a performance by barbara "the-reason-i-come-to-the-defence-of-slam-poetry" adler. she's worth the five bucks all on her own. take a gander for yourself here (click "Watch").

i will most likely be there, and if you let me know, i'll save you a seat (i'll do a better job at this if i'm there, of course, but i'll try either way).

also, high altitude poetry is having a reading in the AQ gardens at SFU this wednesday at 1 pm. it's supposed to be sunny so it should be a swell time.

oh, and if you feel like reading a poem, read this one. it is admired by the rob taylors and mike hingstons of the world alike.
1 comment:
Email ThisBlogThis!Share to TwitterShare to FacebookShare to Pinterest
Labels: community, HAP

when he lit that torch he was shaking so much you
almost thought the thing was going to go out but then it
struck against the oil and this flame
bigger than anything any of us could have imagined
leapt into life and muhammed stood under it, shaking and
now i meet kids named cassius and all they know is they were
named after some boxer and i tell them that i knew this man
i saw him light the torch in atlanta
i saw him change
i saw everybody change
i saw a flame leap up that i could not have imagined

we all needed to change our names
to change our anthems
but only he had the guts to do it
so young cassius you have your name
take it and shake it and turn it into something else and
cassius you will shine forever in that muddy southern sun.


from the Fall 2005 issue of iamb. more of my poems from iamb here.
1 comment:
Email ThisBlogThis!Share to TwitterShare to FacebookShare to Pinterest
Labels: HAP, poem

after three days
i look down in the toilet
and wonder which of the
programs i downloaded
carried that virus
No comments:
Email ThisBlogThis!Share to TwitterShare to FacebookShare to Pinterest
Labels: poem

the last month, in review

and you are asking too much

to expect me to turn these words

and if i was

everything would be burnt

and you would be crunching it down

and smiling in a feeble attempt

to not hurt my feelings.
No comments:
Email ThisBlogThis!Share to TwitterShare to FacebookShare to Pinterest
Labels: poem 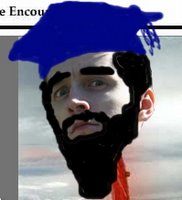 took the walk today. grew my beard out long for it and everything.

now i need a new stock answer when people ask me "what do you do for a living?". i'll try "hobo" out for a while and see how it goes.

even though these were published recently both elsewhere and on this blog, i figured this would be a good time to re-post my SFU swan songs:

in prose: on truth and tenancy

and poetry: upon my graduation from simon fraser university 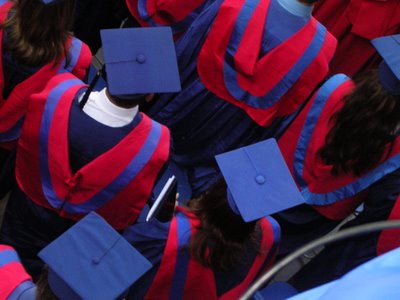 
the future, he says, is commin down on us
like a hotsh ot freight train

running straigh through the petting zoo...
of my soul

for the future is furry, but with sharp sharp teeth

battle gear that impresses upon the dreams of my dear
husband
who remains forever occupied by recreational activities.

written on September 28th, 2005 as part of the inaugural HAP/iamb Poetry Production Line by Jack Kerouac, a clown, a poet with a black, black soul, a war poet (sadly, not featured) and Ms. 19th Century. 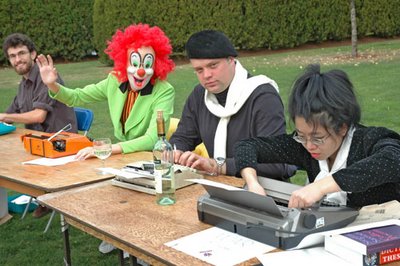 news and/or views:
Only Magazine
The Peak: SFU's Student Newspaper
The Tyee

High Altitude Poetry is both reading poems (as part of the English Department events) and running a production line at the SFU Open House tommorow. trouble is, we just found out about the reading part yesterday. so...if you've been printed in HAP (i.e. you're on this list), let me know and you can come read. that would be neat.

i want to give you a sample of a sweet production line poem, which was written during our very first production line with iamb last summer, but it is in the glove compartment of my car (which is in the shop for repairs). i'll post it when i get it back (update: here it is).
No comments:
Email ThisBlogThis!Share to TwitterShare to FacebookShare to Pinterest
Labels: community, HAP
Newer Posts Older Posts Home
Subscribe to: Posts (Atom)