end of the line (for now)

Battling with the launch of the sonnet anthology Jailbreaks for your attention on Tuesday night will be the last edition of Memewar's Short Line Reading Series. Here are the details:

This final evening of the season features readings from Ashok Mathur (The Short, Happy Life of Harry Kumar), Sachiko Murakami (The Invisibility Exhibit), and Aaron Vidaver.

Piere Poilievre, Conservative MP: Frankly, Dominic is jumping up and down today with the conspiratorial fervour of someone who has just solved the Kennedy assassination...what we are talking about here in reality is the equivalent of divvying up a restaurant deal and adding the GST to each individual tab.

Don Newman, CBC Politics Host: Alright, Dominic, what do you have to say to that?

Dominic LeBlanc, Liberal MP: Don, it’s a nice analogy. The only problem is that the people who were, in fact, receiving these invoices weren’t at the dinner. The Conservative candidates, Elections Canada believes, weren’t in the restaurant, they weren’t even waiting in the bar for a table, Don. So they’re dividing up a restaurant bill...

Poilievre: They had the meal!

LeBlanc: ...amongst people...they’re dividing up the...Elections Canada says they didn’t in fact eat the meal...

Poilievre: They did have the meal.

I'll be coaching soccer, sadly, so I won't be able to make it...you must go in my stead... 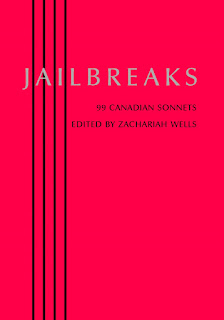 Man, that's a hell of a mustache ol' Art's been growing...isn't it?

The poor guy can't do anything on his own. I have a poem about this mustachioed gentleman entitled "nothing against art garfunkel", which just came out in the new issue of Acta Victoriana, a lit journal out of Victoria College (U of T).

I first came across Acta Victoriana while looking for an online version of "Concerning Ms. Atwood" by Al Purdy for a review of Atwood's latest collection which I was writing for The Peak.

I haven't gotten my hands on a copy of the new issue of Acta, yet, and I'm not sure if they'll be publishing things online, but if they do, I'll be sure to post the link here [update: I've posted the poem - you can read it here].
2 comments:
Email ThisBlogThis!Share to TwitterShare to FacebookShare to Pinterest
Labels: community, personal

rob mclennan has highlighted on his blog a new collection of essays on Al Purdy from U of Ottawa Press entitled The Ivory Thought: Essays on Al Purdy. It's one result of the 2006 conference on Purdy held at the same University. Other than the cover image (which makes me think that "the ivory thought" is not a swan, but instead some sort of rapidly-multiplying parasite), the price tag, and the fact that it's probably unavailable just about everywhere, it looks good.

Speaking of good books being unavailable, I found out a few days ago that Magpie Magazines is closing. It's been ugly for independent booksellers in Vancouver for quite a while, and keeps getting uglier...and now the Drive is down to one bookstore offering new books...

Everything at Magpie is 50% off, though they've nearly been picked clean already. When neat things are no longer $38 they move pretty quickly, it seems.
2 comments:
Email ThisBlogThis!Share to TwitterShare to FacebookShare to Pinterest
Labels: al purdy a-frame, community

the momentary retardation of time's erosions

Don McKay and Ken Babstock discussing the relationship between lyric and narrative poetry:

Don McKay: You know those structuralist diagrams where they have lyric going up one axis and narrative going up the other, that makes some kind of crude sense to me. It's a radical simplification, but narrative's going along historically - "and then, and then, and then" - the lyric can at any point leap out of it, with an implied eternity.

DM: "Now it's fit to die because we'll never get beauty like this again" - lyric attempts to pause there, but I think even while doing that there's a implied gravity. The narrative goes on to the next day. The meditative approach acknowledges this: that one moment will inevitably lead to the next. We accept mortality instead of fighting it off.

KB: That's the diachronic - being locked in time.

DM: I guess. Whatever the lyric aesthetic is, it probably has something to do with the momentary retardation of time's erosions, just for a moment. The narrative acknowledges, "Yes, it is just for the moment, now we're getting back into the flow, so fasten your seat belt."

- from Where the Words Come From: Canadian Poets in Conversation, Ed. Tim Bowling, 2002.
No comments:
Email ThisBlogThis!Share to TwitterShare to FacebookShare to Pinterest
Labels: Don McKay, quote

the dead, dead children were worth it!

The new Vancouver Olympics theme, by Geoff Berner. Take a listen here, and be sure to pass it along to fellow Olympics fan(atic)s everywhere!
No comments:
Email ThisBlogThis!Share to TwitterShare to FacebookShare to Pinterest
Labels: 2010 olympics, community

A new issue of Red Fez is out. My pick of the issue is "At the MGM" by Alan King. Check it out!
No comments:
Email ThisBlogThis!Share to TwitterShare to FacebookShare to Pinterest
Labels: community

A new site has been launched, devoted to archiving bpNichol's work. Check it out here.

A sample of his work, "Blues": 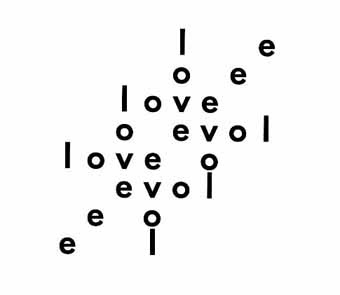