Reached the coast of Oregon tonight (Saturday). Went to Open Books in Seattle yesterday and Powell's Books in Portland today. Flabbergasted by the poetry selection at both - two shelves of Neruda alone at Powell's.

My vacation reading list, which was supposed to be new books from Philip Kevin Paul, Leopold McGinnis and David Zieroth has been thrown into disarray with the sudden addition of some American heavyweights: Muriel Rukeyser, Jack Gilbert, Philip Schultz and Todd Boss. I've put them all in my backpack and am going to let them fight it out - I'll open it tomorrow and read whichever book has made it to the top.

Out of the two stores, I spent most of my money at Open Books, as it is poetry-only (one of two such book stores in the U.S.) and that idea is just lovely and insane enough to warm my heart and tug at my wallet. It's two minutes off the I-5, just north of downtown Seattle, so you have no reason not to stop by every time you're in town. Or to take day trips...

Swine Flu update: NO SWINE FLU YET
No comments:
Email ThisBlogThis!Share to TwitterShare to FacebookShare to Pinterest
Labels: personal

The Vancouver Verse and Al Purdy Party readings went very well on Tuesday. Highlights included Bill New opening the Vancouver Verse reading (man, what a gorgeous book it is!) with a knockout poem, and Jamie Reid reading his rollicking poem on Milton Acorn at the Purdy Party.

I was terrible nervous about reading Al's poem "Piling Blood" at the Vancouver Verse reading (especially since I was under the median age of the other readers by a good thirty years), but it went well and I managed to raise a few hundred bucks for the A-Frame project.

Another reading tonight, as part of the Main Street Literary Tour:


After tonight Marta and I are getting out of the madness and driving down the coast to California for a few weeks. I'll try to post things along the way, but they may be few and far between.

Until then, some Lolcat Haikus to keep you occupied.
No comments:
Email ThisBlogThis!Share to TwitterShare to FacebookShare to Pinterest
Labels: al purdy a-frame, community, personal

I've added two more readings to the list from two posts ago. They just keep coming out of the woodwork:


Can we declare 2010 "poetry year" and space things out a bit next time? Even "poetry season" would be an improvement: "SPRING into poetry!", "FALL in love with poetry!", etc.

I feel like we're in a food bank at Christmas right now, which is great so long as the shelves aren't bare in six months...
3 comments:
Email ThisBlogThis!Share to TwitterShare to FacebookShare to Pinterest
Labels: community

Fourth, I now have a new scam to ridicule. The scam is dead, long live the scam!

Fifth, I've finally found a home for all the runts in my litter.

Sixth, by around 7:30 PM the Canucks should be in the second round! Hutzpah!
No comments:
Email ThisBlogThis!Share to TwitterShare to FacebookShare to Pinterest
Labels: community, personal

Attempting to attend all of the next two week's poetry readings may be dangerous for one's health. If you're looking to cut down, I'd focus on the two I'm participating in (though I wouldn't blame you for a second if you picked the Al Purdy parties)...


And I even left a few readings out! Most notable among them being the rest of the readings at the Main Street Literary Tour, which you should take in in its entirety.

I'd been feeling lousy about having to miss the Al Purdy tribute (in order to attend the launch of A Verse Map of Vancouver, featuring my poem "Down One at The Nat"), Al being someone I've never hidden my affection for.

It was therefore that much more wonderful that I got a note recently from Verse Map editor George McWhirter asking me to read Purdy's "Piling Blood" at the launch. An incredible honour and a great opportunity to keep Al out there on his day.

Marta and I are leaving town for a three-week road trip on Thursday - hope to see a few people at readings before I'm off!
No comments:
Email ThisBlogThis!Share to TwitterShare to FacebookShare to Pinterest
Labels: community, personal 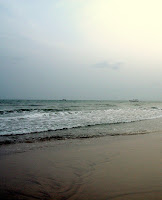 The reading on Friday went well. The TWS readings always draw a good, and eclectic, crowd. I very much appreciated being given the opportunity to participate and to promote Child of Saturday and One Ghana, One Voice a bit. It was also a real pleasure to share the stage with Daniela Elza, reading our collaboratively written poem "silence: a courtyard" together.

Speaking of OGOV, I have a poem of my own up on the site this week. I put one up about once a year (this is my third so far). You can read it (and my bio and Q+A) on the homepage until next Saturday, and you can permanently access the poem here:

Under the Harmattan Sky
2 comments:
Email ThisBlogThis!Share to TwitterShare to FacebookShare to Pinterest
Labels: personal, poem

I'm reading tonight! You should come!

!!!
No comments:
Email ThisBlogThis!Share to TwitterShare to FacebookShare to Pinterest
Labels: personal

sniff beyond the glass for the perfect moment 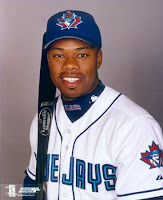 I don't usually do post-reading reports, but just wanted to say that the reading at 32 Books in North Van on Tuesday night was very enjoyable - much better than most! Good inspiration for my own reading tomorrow night (7:00 - 9:00 PM, Blenz Coffee Shop, Hastings and Richards)...

Every writer brought out some great work, including Weekly World News Lobsters from Shannon Stewart (no, not the former Blue Jays left fielder, sadly) and musical accompaniment for Kate Braid's reading from her Glenn Gould Poems.

If you missed out and would like to see Kate Braid's part (I recommend it), she's reading again tonight at UBC Downtown:

Thanks to 32 Books and David Zieroth (who's launching his new collection, The Fly in Autumn, at 32 Books in early May) for putting it together. Looking forward to many more readings to come!


Oh, and while I'm posting: Gaspereau Press is putting a poem up on their blog every day throughout April. Check it out here.
No comments:
Email ThisBlogThis!Share to TwitterShare to FacebookShare to Pinterest
Labels: community

Evie Christie has gotten in on desk photo-blog craze I rambled on about in my last post.

Two blogs dedicated to photos of desks could have been a coincidence. But three!? This is a movement, people. And I for one don't want to be left behind. So I've come up with a new addition to the laundry list of spin-offs: writers' laundry. Here's mine: 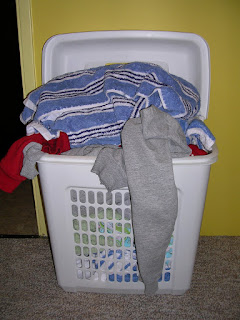 The economic meltdown was supposed to eliminate redundancies in the marketplace, no? Then why oh why do we have two blogs dedicated to photos of writers' desks?

Granted, free-hosted blogs in many ways aren't part of the marketplace. But still, could there actually be enough desk photo interest out there to justify this?

If there is, one can only guess at the spin-off blogs soon to be launched: photos of the windows writers stare whistfully out of while waiting for inspiration? Of their empty mailboxes pre-submission replies? Of the comfort blankets they soothe themselves with post-submission reply?
4 comments:
Email ThisBlogThis!Share to TwitterShare to FacebookShare to Pinterest
Labels: community, deskblogamania 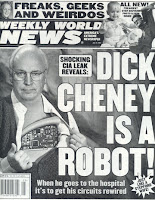 My question is: when the robots finally take over my job, will they be able to stand working for such little pay? Even robots have expenses, if only electricity and joint lubricant. I don't know if writing poetry will be worth their bother.

An ancient poem of mine on the subject, from the archives of this site:

Here are three for next week, including one featuring yours truly (if you ever need to get your "Rob Taylor reading fix", I keep a list of my upcoming readings on the main page of my site).

Anyway, here they be:

at the Happy Squirrel Retirement Community.

Are you ready to be moved?
No comments:
Email ThisBlogThis!Share to TwitterShare to FacebookShare to Pinterest
Newer Posts Older Posts Home
Subscribe to: Posts (Atom)