My Body Knows More Than I Do: An Interview with Jónína Kirton

The following interview is part six of a seven-part series of conversations with BC poets which I released between January and April 2022. All eight interviews were originally posted at ReadLocalBC.ca. This was the third year of my collaboration with Read Local BC (you can read the 2019 interviews here, the 2020 interviews here, and the 2021 interviews here).

for my niece Gabby

I am rooted, but I flow.

Reprinted with permission from
Standing in a River of Time
(Talonbooks, 2022)
--- 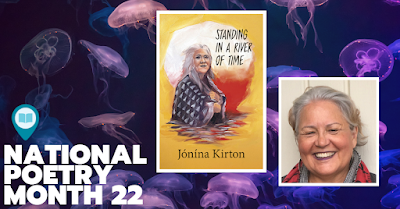 ---
Rob Taylor: Standing in a River of Time is a hybrid — part prose memoir, part poetry. Each section opens with a prose narrative and closes with poems on the same subject. What drew you to this structure, as opposed to writing one or the other?
Jónína Kirton: This book was to be a collection of poetry. While working on the collection I had been experimenting with essay writing, and had a few essays published in anthologies. One of the essays is in Good Mom on Paper, and it includes a poem that is also in this collection. I found it hard to write about being a mother, and yet it was such a big part of my life. As with every other essay I had written I had many false starts. After a number of attempts an idea emerged: perhaps I could not only merge prose and poetry, but I could also keep the prose short. I give thanks to the editors Jen Sookfong Lee and Stacy May Fowles for allowing me to experiment and to include a poem.
RT: What role did the mentorship of Betsy Warland (she who mastered the form so fully they named a hybrid book prize after her!) play in helping you find this form?
JK: After writing the essay for Good Mom on Paper, I returned to writing my book and did what Betsy had taught me; I let the narrative lead. I never intended for the book to be this long but as I wrote the prose kept coming. Then while working with my substantive editor, Joanne Arnott, a rupture occurred, and the book exploded. Suddenly, I was going back into some of my childhood. The book became about the effects of colonization on one Métis family. Often, the discoveries revealed in the book were happening for me in real time.
In many ways the narrative chose the structure. The writing of it was at times healing and had a mystical feel to it. I would sit at the computer, and it poured out of me. Sometimes I would be crying so much that the front of my blouse was soaked but I could not stop to dry my eyes. I had to keep writing.
It was my husband who noticed after reading the prose he felt the poems, most of which he knew well, were made stronger by knowing the back story. When he said this, I knew I was on the right track. 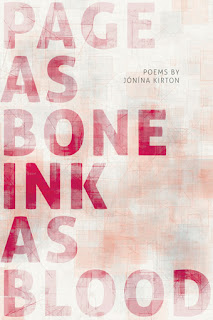 “The poet in the Acholi tradition, is not just someone who says the flower is beautiful because it’s beautiful but gathers people to think and talk about whatever it is they’re doing and what’s happening around them… For me, as an Acholi poet, the poem is the container, the space and opportunity for people to gather in community.” 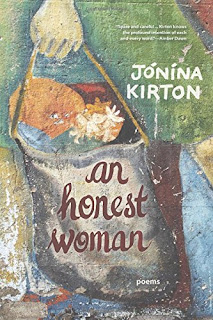 "Dream of Me as Water" by David Ly 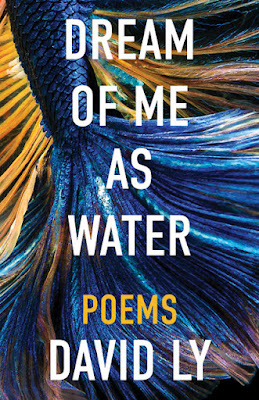 I'm delighted to see that David Ly is about to release his second collection, Dream of Me as Water (Palimpsest Press, 2022). I interviewed David back in 2020 when his first collection, Mythical Man, was published.
Here's a sample poem from the new book:

I love that casual twirl all the way back to the Mesozoic! David is clearly continuing his tradition of making old stories new, which we discussed back in 2020. Where else can he go? In this book, wherever water flows, it seems. From the jacket copy:

Using water as his central metaphor, Ly meditates on how identity is never a stagnant concept, but instead something that is intangible, fluid, and ever-evolving. Dream of Me as Water revels in the nuances of the self, flouting outside perceptions for deeper, more personal realities.

David's Vancouver launch for Dream of Me as Water will take place on Sunday, September 18th at 6pm, at the Massy Arts Gallery. He'll be joined by poets jaye simpson, Adèle Barclay and Jen Sookfong Lee (you can read my interview with Jen here). 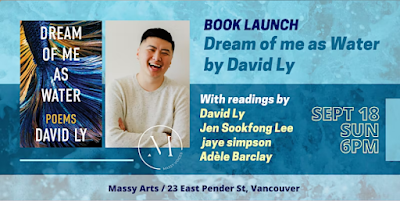 You can register for the event via Eventbrite here. And wherever you live, I encourage you to pick up a copy of the book!

David Ly is the author of Mythical Man (shortlisted for the 2021 ReLit Poetry Award) and Dream of Me as Water, both published under the Anstruther Books imprint at Palimpsest Press. He is a co-editor of Queer Little Nightmares: an Anthology of Monstrous Fiction and Poetry (Arsenal Pulp Press, 2022). (Author photo by Joy Gyamfi.)
No comments:
Email ThisBlogThis!Share to TwitterShare to FacebookShare to Pinterest
Labels: community, Palimpsest Press, review

The following interview is part five of a seven-part series of conversations with BC poets which I released between January and April 2022. All eight interviews were originally posted at ReadLocalBC.ca. This was the third year of my collaboration with Read Local BC (you can read the 2019 interviews here, the 2020 interviews here, and the 2021 interviews here).

Why is it so difficult to see the lesbian?… In part because she has been
“ghosted”—or made to seem invisible by culture itself.
—Terry Castle

In the last century   the twentieth   the late nineteen-nineties   everyone wanted
to be a lesbian   this may be exaggeration   maybe not everyone   maybe not
Pope Saint Paul II or John Ashbery or Sarah Palin   but many   enough   lesbians
then being the media darlings of that period of time   TV   magazines   photomontages
the lesbian at last   at long long last   becoming visible   transmuting the zeitgeist
a time out of time   refreshingly free of sham
if you can’t bring back the past
in time you can
bring forth the future.

Reprinted with permission from
Time Out Of Time
(Caitlin Press, 2022)
--- 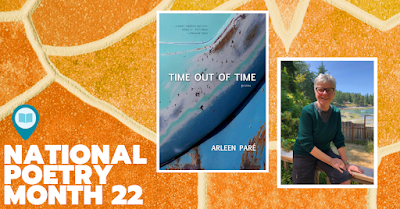 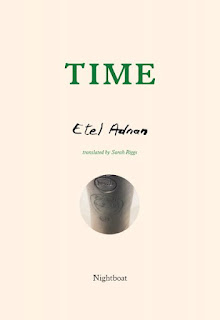