new homes all around

One Ghana, One Voice has a new look! Check it out here.

Former High Altitude Poetry webmaster Sean Wilkinson volunteered to take on the project of clearing up the cluttered that I had accumulated on the old template - and wow, did he do a great job! Thank you, Sean!

And while I'm on a refurbished-website kick, Marta and I have revived and redesigned our defunct travel blog, robandmarta.blogspot.com (last used when we lived in Ghana in 06/07). And that can only mean one thing...

Yes, for those of you who haven't heard, Marta and I are temporarily moving again, this time to Zambia for three months, followed by two months of travel throughout Southern and Central Africa. We're leaving next week. Needless to say, while I intend to maintain this site, the updates for the next few months will be sporadic at best (and if the internet is even slightly less reliable than advertised, I might be forced to go silent entirely). If you're interested in following along with out travels, do keep an eye on our travel blog, which will be updated more freuqently than anything else.

I'll be back in March. Everyone play nice while I'm gone, alright? (Or at least have fun playing dirty!)
2 comments:
Email ThisBlogThis!Share to TwitterShare to FacebookShare to Pinterest
Labels: HAP, OGOV, personal, Zambia

Visible Verse is set for Saturday, October 13th. 2012 will be the eleventh year for Vancouver's premiere video poem festival (take that, um, other Vancouver video poem festivals?). The schedule is posted and looks eclectic and interesting as usual, with contributions coming in from around the world (Al Rempel, Gary Barwin, George Bowering, and more represent Canada).

I'm not going to be able to make it this year, but if I were to go I already know what one of my favourites would be. Fiona Tinwei Lam's poem "Omelet" from Enter the Chrsyanthemum was recently video-poemed by a group of Emily Carr students and... wow... if only every poet could be lucky enough to have such treatment. They did an incredible job. Take a look:

I can't promise everything will be as beautiful as this, but if even a small fraction is, you'll be in for a good show. So mark your calendar for October 13th!
No comments:
Email ThisBlogThis!Share to TwitterShare to FacebookShare to Pinterest
Labels: community

a flurry of random little tidbits that don't deserve their own posts (with photos!)

Tidbit #1: That radio interview I mentioned earlier is now online. You can listen to it here (my part is the first fifteen-minute segment).

On it I talk with Stephen Buckley about High Altitude Poetry, The Other Side of Ourselves and the Dead Poets Reading Series. Thanks so much to Stephen and the Politics Re-Spun team for the interview, and congrats to Coop Radio on moving to their new frequency (and getting a new Seattle Sounders-esque logo)! 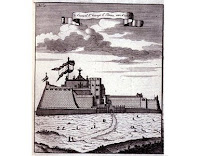 Tidbit #2: Remember how I mentioned that my poem "The Slave Castle of Elmina" had been "found" by Geist. Well, now their website has found it too! You can read it online here. Thanks, Geist!

Tidbit #3: Have you heard about 49th Shelf? It's a Canadian Goodreads - a place to keep track of all the books you've read that are set in 1955, and give them polite, encouraging reviews.

Ok, you've probably already heard of it. It's been around for a while. But I'm bringing it up now because a certain book has recently been added to the site, and it could really use your polite, encouraging reviews! And because I still think those 1955 jokes are funny and I was looking for an excuse to make one?

Tidbit #4: Literary listings in Vancouver just got even better. If nofuncity.com, Pandora's Collective's Community Calendar, and the FBCW's Vox Blog weren't enough for ya, the Vancouver Book Club has you covered. Their calendar, which is probably the most complete calendar in the city, can be viewed here. Thanks, VBC! 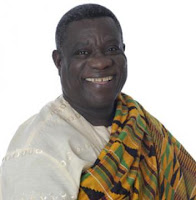 Tidbit #5: Over at One Ghana, One Voice we've wrapped up our series of poems memorialising late Ghanaian President John Atta Mills (I blogged about the series a while ago). You can read the whole series of 35 (!) poems here.

Thanks to everyone who contributed to making this series such a success.

Someone has posted the entire feature-length Charles Bukowski documentary Born into This on YouTube:

I love how they display the title poem in this movie. It makes me wish there were similar films for other poets, with cameos from Bono in each and every one...
4 comments:
Email ThisBlogThis!Share to TwitterShare to FacebookShare to Pinterest

maybe poetry can fail better than other art forms

Tao Lin: So given all this about poetry’s inevitable failure, why not just allow the “transcendent” to exist, pre-language, within each of us?

Ben Lerner: I don’t think there is something “transcendent” that exists within us—I think poetry can arise from a desire to transcend the given, the actual, and that desire can be described in a variety of ways—the desire to think something outside capitalism, for example; it doesn’t have to be about divinity or the noumenal... It’s not that the poet has something inside him he wants to express (which is one model of lyric poetry), something that would just be there if he left it alone, but that poetry is an attempt to figure—with the irreducibly social materials of language—possibilities that have not yet been actualized.

TL: But it fails?

BL: Yeah, but a failure can be a figure, can signify. Maybe poetry can fail better than other art forms, because poems can point to what they can’t contain—that desire for something beyond what’s actual. That’s part of what Benjamin is arguing about Baudelaire, I think—that he makes a lyric out of lyric’s impossibility in modernity. Or you might say that even the failed attempt to write a successful poem makes us aware of having the faculties, however atrophied or underdeveloped, for such an undertaking in the first place, and so keeps us in touch with our formal capacities for imagining alterity even if we can’t achieve it.

- Ben Lerner, in interview with Tao Lin at The Believer. You can read the whole interview here.
No comments:
Email ThisBlogThis!Share to TwitterShare to FacebookShare to Pinterest
Labels: Ben Lerner, quote

rob mclennan: Do you have any theoretical concerns behind your writing? What kinds of questions are you trying to answer with your work? What do you even think the current questions are?

Michael Lithgow: A critical question in my academic life is the relationship between aesthetics and truth. Of course, “aesthetics” is a tricky term. My research at the moment is reconsidering Kant’s critique of judgment in terms of epistemological legitimacy – the role of aesthetics in knowledge, which, surprisingly, is still a little controversial, or it can be depending on your audience. Journalism has long claimed a monopoly on the aesthetics of truth that I think is being eroded in part by contemporary, online cultural engagement – by publics capable of defining, or at least exploring, their own terms of legitimacy as audiences and producers. Poetry manifests as a centre of gravity for me no doubt in part because of the complications of “truth” that interest me, the relationship between truth and language, and the limitations of reason. Sometimes I think that my interest in poetry is all about defending a six year old’s belief in magic, and maybe it is, but there is something urgent at play in the philosophical doubts about modernism, positivity, rational enlightenment. Aesthetics I think offers a way for us to encounter and resist the ways legitimacies of knowledge reflect relationships of domination. I'm slipping into dissertation speak, here – blah – but my point is that aesthetics is one of the ways we can resist whatever limitations might be lurking in cultural assumptions, discourse, ideology, etc. It is exactly in its beautiful, leaping, confounding, rhythmic, metaphorical forms that poetry – like all art – can allow new ways of being human to flourish. We exist through our languages, through our symbolic systems; we become through language, and this is the exciting part of living inside poems, like living inside god, or living inside the sun. Something like that…

- Michael Lithgow, as part of his 12 or 20 questions interview over at rob mclennan's blog. You can read the whole thing here.

And if you want even more Lithgow, you can read my interview with Michael here.
No comments:
Email ThisBlogThis!Share to TwitterShare to FacebookShare to Pinterest
Labels: Michael Lithgow, quote

an end to both kinds of pre-emptive strike

The Internet has conditioned us not only to rapidly consume all kinds of information, but also to come up with verdicts that are just as instantaneous. You can comment on a news story, as well as publicly “like” or “dislike” individual comments underneath said story. Any social media platform worth its salt is built around a similar (and similarly blunt) feedback tool. New shorthand usually emerges, too; for several years I’ve run a books blog on Tumblr, where the highest compliment you can give is to reblog someone else’s content with a note at the bottom reading, simply, “This.”

I’m proposing an end to both kinds of pre-emptive strike, good and bad. Let’s take a step back from those ever-tempting thumbs up/thumbs down icons, at least until we’ve had a chance to read and digest these books for ourselves. By all means, be curious. Be skeptical. Have high hopes, as well as high standards. But there’s no shame in abstaining from judgment, or in taking time to privately mull things over. In fact, it’s kind of liberating.

The latest instalment of the best deal in CanLit (three hand-made, signed chapbooks mailed to your door for $10) has been announced. It's quite a lineup, including the Dead Poets Reading Series' own Sandy Shreve (which reminds me - DPRS reading this Sunday!).

A trio of new chapbooks of original, previously unpublished poetry in a handmade artefact signed by the poet, available only by subscription.

Subscriptions are available for $10 in total for the three issues described below ($15 outside Canada). The subscription deadline is October 1, 2012. Please send cash or your cheque payable to David Zieroth at:

Please remember your mailing address (and include your email address if you wish updated information).

For more information: email dzieroth(at)telus(dot)net and for more background check out the Alfred Gustav Press webpage.