not that that will be happening any time soon, or that i will ever be able to remember a quote on the spot...but perhaps if it does happen i'll be near a computer at the time. it's always good to be prepared...

"The undoubted sign of a society well under control or in decline is that language has ceased to be a means of communication and has become instead a shield for those who master it."

i've been thinking about this whole god thing
that everyone keeps raving about
and how maybe we've all missed the point
he isn't omnipotent or benevolent
compassionate or clairvoyant
he's just there, all the time
with a hammer and a broom and thick human bones
always flexing and shifting just under the skin


from the January 2005 issue of High Altitude Poetry.

read more of my poems from HAP here.
5 comments:
Email ThisBlogThis!Share to TwitterShare to FacebookShare to Pinterest
Labels: HAP, poem

you have no idea how difficult this was. it still hurts me to think about it. blogger only lets you redirect your blog to "http://mysite.com" or "http://www.mysite.com", but not both, which makes the forwarding function rather useless.

after seven hours of wrangling, i finally found a loophole, and it's working (extensive wood-knocking here). needless to say, if you ever decide to do this, i have a few tips...

now, off to the HAP picnic! i was going to bring jello, but the damn stuff wont set...and what's a picnic without jello? oh well, we'll make do.
1 comment:
Email ThisBlogThis!Share to TwitterShare to FacebookShare to Pinterest
Labels: HAP, OGOV, personal

marta and i are moving to the drive on July 1st, though with all our friends in the area we do everything but sleep it there as it is.

not surprisingly, we found ourselves back on the drive for the car-free fest this Sunday. i was volunteering for Oxfam, but spent the good majority of my time at the great great commercial drive bookstores buying cheap cheap books at low low car-free fest sale prices. i ended up lugging home Beyond Remembering: The Collected Poems of Al Purdy (Al Purdy), Active Trading: Selected Poems 1970-1995 (Gary Geddes), and the latest issue of One Cool Word.

so far, i've only made it through the One Cool Word issue (the slimmest of the three), which is pretty darn good. it features the poem, and a short story with the line "Her father was from France and her mother was from Spain, so you can only imagine" (from "My Fifth Girlfriend," Nathan Sellyn), which is great.

my book collection is getting a little silly. i even have a poetry collection with a foreword by Kelly Hrudey. maybe i'll open a lending library. i'll make enough in overdue fines to buy a few more books...

along those lines, now that i'm not at SFU and can rarely peruse the AMAZING 6th floor periodicals, i'm planning on subscribing to a poetry mag or two. anyone have recommendations? best bang for your buck?
No comments:
Email ThisBlogThis!Share to TwitterShare to FacebookShare to Pinterest
Labels: personal

One Ghana, One Voice is entering its fourth month of existence...which means lucky issue #13! i'm taking the bullet for the unlucky profile - my first on the site - with my poem five hours from tamale, back of the bus . check it out, and spread the word!

also, i've added a feature to the site whereby you can get the weekly updates e-mailed to you. do that too!

wow. those gawdawful 2010 license plates. people are choosing to install them. and paying thirty-five bucks a pop. we've bought nine million bucks worth of them so far. nine million more for those budget-balancing wizards at vanoc.

sometimes i just want to crawl in a hole and die.
2 comments:
Email ThisBlogThis!Share to TwitterShare to FacebookShare to Pinterest
Labels: community, HAP, OGOV, personal, poem

i had written one poem in the previous three months.
ppd: 0.01

if i abandon my concerns for quality, i just might pull it off.
and no, i'm not a factory.
and yes, i would secretly like to be one.

p.s. shameless self-promotion at One Ghana, One Voice coming shortly!
No comments:
Email ThisBlogThis!Share to TwitterShare to FacebookShare to Pinterest
Labels: personal 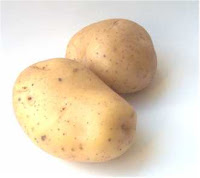 as i've mentioned before, i like blue skies poetry. now, i've been fortunate enough to have them post one of my poems on the site. read it here:

thanks, blue skies!
No comments:
Email ThisBlogThis!Share to TwitterShare to FacebookShare to Pinterest
Labels: poem

what blogs can do

to continue my wandering musings on the capabilities of blogs (fyi: apparently Google bought a plane, which many have dubbed "GoogleAir," interest in which has resulted in a number of hits on my blog - almost as many as for people looking for an answer to the eternal question, "how many nickels in a roll?"), i can now add another item to the "what blogs can do" list: lose you a job.

well, not really. i didn't have the job yet (just three interviews) and i ended up turning them down, not vice-versa (though i didn't give them a chance to turn me down, either), but the idea is the same.

it was a job working with high school students and my prospective employer came accross this poem, and brought it up as a concern during the third interview. ugh.

censorship has never been a big issue in my life, mostly because:

1. so few people encounter my writing
2. those who do usually are the types who have their heads screwed on straight, and
3. i don't write terribly controversial things (or at least the controversial things, like my "i wish sadaam hussein was still alive" poem, are rarely published).

at first i capiltulated and said i would pull the poem off the site, but eventually my brain caught up with me. not only do censorship and creative writing not mix, but neither do censorship and youth empowerment.

people should be rewarded for presenting themselves to the world, not encouraged to hide lest someone find something they don't approve of. i know that isn't the way things work here and now, but if we send a message other than that to the youth of our planet, how can we expect anything to change?

some friends of mine who have suffered through similar negative blogging experiences have turned away from blogging or - in at least one case ;) - have become paranoid and developed elaborate schemes for hiding their actual identities. pen names, i suppose, accomplish the same goal, but that kind of stuff makes me feel as unpleasant as the idea of not writing or publishing in the first place.

so blog, my friend, i suppose you will remain free to ruin careers. i only wish they could be Stephen Harper's and Gordon O'Connor's...

on that note, this site is incredible: http://www.eyesondarfur.org/
7 comments:
Email ThisBlogThis!Share to TwitterShare to FacebookShare to Pinterest
Labels: personal

i've been delaying a post until PoetryReviews.ca posted my latest review...but it looks like that won't be happening for at least a few days. on top of that, it appears that the magazine that was supposed to do a ten-poem profile of my writing in May has ceased to be (hopefully, only temporarily).

in conclusion, all i have right now is a new One Ghana, One Voice header (thanks, Marta, for the photo!), this video of a kid at a church music recital, and my mom's birthday.