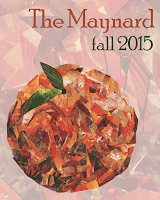 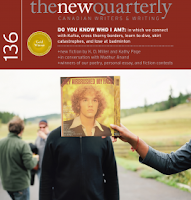 except for when I need an excuse to procrastinate

CV2 Magazine: When do you know it's time to cut and run - give up and start fresh?

Chimwemwe Undi: I'm not a big believer in visits from the muse, except for when I need an excuse to procrastinate, but if a poem does not need to be written, or isn't ready to be, then I take a break from it and try something that feels less like a root canal.

- Chimwemwe Undi, in interview with CV2 Magazine in their Fall/Winter 2015 issue.

I'd rather be difficult than deceptive

I, perhaps too naively, feel that everything I say is, in theory, accessible to everyone. Sure, a dictionary or the Internet (more realistically) may be needed for some of my poems. But I think that could be said for most poetry. Often references to philosophers or Greek gods or even the Bible are just as foreign to me as my scientific terms may be to some people. My education is also limited, you have to remember. What I wish for is that you can read these poems without having to know what the science is, but the more you know the richer your experience. To avoid putting my science into my poems would be deceptive and I'd rather be difficult than deceptive.

- Madhur Anand, in conversation with Paul Hamann about her debut, science-infused, collection A New Index For Predicting Catastrophes, in the Fall 2015 issue of The New Quarterly. 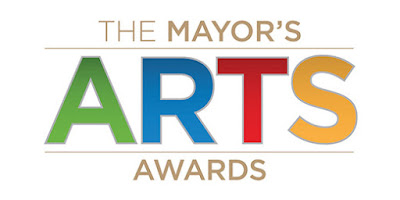 I'm wildly honoured to be receiving the 2015 Mayor's Arts Award for the Literary Arts (Emerging Artist) from the City of Vancouver (to keep things simple, I just call it the MAALA(EA)COV2015).

I'm especially appreciative because I was selected for the award by Kate Braid, this year's winner of the Mayor's Arts Award for Fully Emerged Literary Artists (not the actual title, thought it probably should be).

More than just about anyone, Kate has taught me how to live within, and give back to, the writing community, so taking the stage with her will mean a great deal to me. That Vancouver's dreamy mayor will be there, too, is all icing.

The awards will be presented tomorrow, November 12th, at the Roundhouse Community Centre (tickets are free, but appear to be "sold" out). The event will also feature the announcement of the City of Vancouver Book Award (whose short list includes Bren Simmers and Wayde Compton) and a reading from Vancouver Poet Laureate Rachel Rose. Hopefully no one will let the folks at the city know just how many poets they're letting into the party, or they won't put out any free snacks. *fingers crossed*

Thank you so much to the City of Vancouver, and to Kate Braid, for this honour!

No comments:
Email ThisBlogThis!Share to TwitterShare to FacebookShare to Pinterest
Labels: community, personal

live a big and thoughtful life

rob mclennan: When your writing gets stalled, where do you turn or return for (for lack of a better word) inspiration?

Lucas Crawford: I’m with Junot Diaz on this one: the best way for me to be a writer is to try to live a big and thoughtful life, exposed to tons of ideas and people – not to scramble around looking for a muse and treating writing as an ultimate and forced goal. I imagine writers as people who have lived in such a way as to have things that they absolutely must communicate. If and when that urgency isn’t there, I’d rather do something else! Like watch food television, walk around Vancouver, make ugly crafts, or do some work.

- Lucas Crawford, answering rob mclennan's "12 or 20 Questions" over on his blog. You can read the whole thing here.

a hardness as a made object

I have always felt that poetry should transcend biography – that even if a poem is transparently autobiographical in origin, it should have a surface that takes it beyond the personal, a hardness as a made object, such that it ceases to be one’s own and becomes everybody’s – becomes public. There are many ways to do this, and I believe these constitute the art of poetry. A fellow poet, critiquing some of the new poems in The Touchstone, remarked in a letter to me that some readers might be disappointed at not being given “the whole story… plot, narrative, facts, emotions” behind the poems: she posited that the “expectation of gossip” is human, and legitimate in a reader of poetry. I wrote back that I distrusted the overly personal, or personally-specific, in poetry, and that instead of the whole story, I thought a poem should detach itself from the biographical facts and deliver the emotional essence of the experience as a distillate – through image, sound, metaphor, and whatever formal devices best serve the purpose – evoking mood and feeling in the way that a piece of music does. This view and practice may not always be appreciated by a reading public that has extended its hunger for confessional narrative beyond prose memoir to the personal lyric. But I must write from my own sense of what a poem is.

- Robyn Sarah, discussing her GG-winning collection My Shoes are Killing Me, over at ARC Poetry Magazine. You can read a longer excerpt here, and the whole thing in ARC's forthcoming Winter 2016 issue.

You can also read my interview with Robyn, about My Shoes are Killing Me and the five poems from the collection we ran in PRISM 53.2, here.

a distinction that too often gets forgotten

Art is a means of self-expression, obviously, but it’s also — perhaps most importantly — a way of making sense of our world. At its most basic, it is meant to entertain, enlighten, and enrich our lives. I think as upper-level arts students / critics / appreciators, we can sometimes forget this basic intention. Art does not need to be complex, challenging, heady, abstract, and deep to be “art.” It can be, but it doesn’t have to be — and in fact, art that is those things... runs the risk of being elitist and exclusionary. Art that is those things runs the risk of failing to do the very things we turn to art for.

I’m not saying all artists need to sell themselves out to a mass audience. We needn’t all be teenybopper pop stars with trendy hairdos and silly slogans. I’m also not even saying I think Stuart McLean is “the best” Canadian writer (whatever that even means). But I am saying he’s my favourite, and I think that’s a distinction that too often gets forgotten. It seems to me, too, that throughout my post-secondary education, I’ve been nudged towards works of art that profoundly affect the head, and have been discouraged away from works that profoundly affect the heart. Maybe the best works do both — probably the best works do both — but I’m not sure it’s fair to prioritize one effect over the other. What I do know is I’ve walked around this city, listening to Stuart McLean read the words he’s written, and have had tears roll down my cheeks. That is a more pronounced effect than any of the texts on any of my course syllabi have had on me.

- Ryan Gaio, from his post "In Defence of Stuart McLean" on The Fiddlehead's blog. You can read the whole thing here.
No comments:
Email ThisBlogThis!Share to TwitterShare to FacebookShare to Pinterest
Labels: quote, Ryan Gaio
Newer Posts Older Posts Home
Subscribe to: Posts (Atom)