there is always someone who can be those things

I was once asked to be on a panel for a particular reason and I said no - and they got another writer to replace me who was more willing to please, to sell those things I refuse. Then I saw that the invitation was not about the quality of the work but about the image they wanted to have. I want to be a writer you can't replace and I don't think I can be those things if you sell me on a point someone else can take. When Small Arguments was first published I was young. I like that [my publisher] Beth [Follett] never made it a selling point. That was important to me because I intended to get old.

- Souvankham Thammavongsa, in interview with Quentin Mills-Fenn in the Summer 2014 issue of CV2. 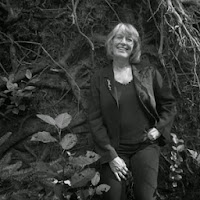 I recently interviewed Kate Braid about her poem "I Seem to Have Come to the Start of Something But I Don’t Know What", which appears in PRISM international 52.4. The issue (on which I worked as an Associate Editor) is just hitting bookstands this week.

The interview started with the poem, and then wandered a bit (as these things do). It can be read here:

An Interview with Kate Braid

If you're interested in reading the poem itself, you're going to have to pick up a copy!