It's been a couple years since I last posted about poems of mine which have snuck out into the world via one magazine or another.

In addition to the sample poems from my new chapbook, The Green Waves: Poems from Roblin Lake, two other poems of mine appeared online recently: 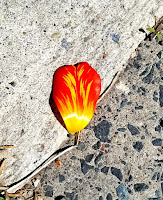 Thank you so much to Juniper for featuring the poem!

A poem about my sneaky, sneaky wedding ring.

Two other poems of mine, “Vancouver” and “What Wisdom’s In Wisdom Recorded?” were just published in the sixth issue of Train's print edition. You can order a copy of that (for the absurd price of $4!) here.

Thank you all around to Train  for their support!


Speaking of print editions, I've got a few poems out or coming along in those fancy paper magazines that you have to go out and buy in the physical realm: 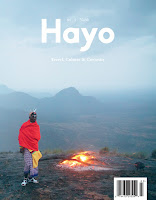 I was very grateful to have a poem I wrote about living in rural northern Zambia featured in Hayo's "North" issue.

This poem had been published once before in The Cascadia Review. You can read it on their website here.

Thank you to both magazines for their support of this little poem! 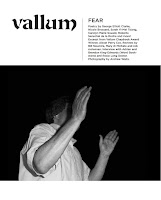 A poem about the boy's imagination (are you noticing a trend?) - this time how he used it to freak himself out while playing with a remote control T-Rex. I rarely find my poems fit into themed submission calls, but this one lined up perfectly with the issue's "Fear" theme.

Thank you Vallum-folk, one and all! 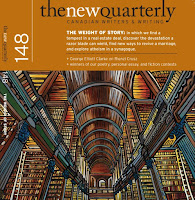 You can actually view this one online if you have a subscription to the magazine. This one's another poem about the boy's imagination, though this time his dormant one, "What did you dream about?" was a runner-up in The New Quarterly's Nick Blatchford Occasional Verse Competition.

I also have two poems forthcoming in the Fall 2019 issue of The New Quarterly (again runners-up in the Nick Blatchford contest). Their titles are "Transmission Tower" and "The Commons" and only one of them is about the boy, and that one is only partially about his imagination. So I think I'm getting myself back under control on that front.

Thank you to The New Quarterly for being so damn terrific and giving me some space in the magazine!
Email ThisBlogThis!Share to TwitterShare to FacebookShare to Pinterest
Labels: personal, poem