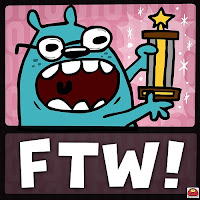 I recently found out that Daniela Elza's poem "Savannah Rain, West Africa," which was originally published last year over at One Ghana, One Voice, was selected as a finalist for Sundress Publication's Best of the Net 2009 (the full list of finalists is here).

Though Daniela's poem wasn't selected as a winner, I'm still incredibly proud of her and OGOV. Daniela's poetry is excellent, so her inclusion isn't that surprising. OGOV's, however... well, whoda thunk a little website like ours, which only accepts writing by Africans and on Africa, would get a poem selected as a finalist among poems by Sherman Alexie, Dorianne Laux, Kim Addonizio, etc.?

I'm continually impressed by the poets at OGOV. It was very difficult for me to pick only five poems to nominate for Best of the Net 2009. Though just Daniela's poem made it to the final round of consideration, I like to think of the submission as a team effort - Daniela's poem being picked to represent them all. The five nominated poems:

Thank you to OGOV's writers and readers for your continued interest and support, and to the people at Best of the Net 2009 for taking a look at our little site!

p.s. Daniela has blogged about this here.
Email ThisBlogThis!Share to TwitterShare to FacebookShare to Pinterest
Labels: OGOV