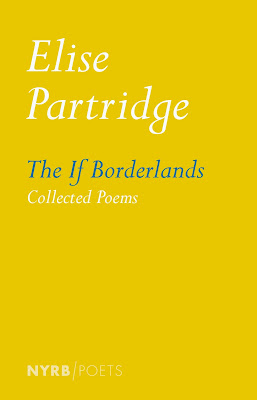 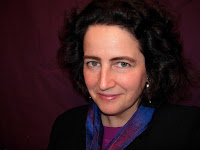 Elise Partridge (1958–2015) was born in Philadelphia and grew up nearby. After graduating from Harvard in 1981, she received a second Bachelor of Arts from Emmanuel College, Cambridge, as a Marshall Scholar. She returned to Harvard for a Master of Arts and then took a degree in writing from Boston University. In 1992 she moved to Vancouver, where she lived with her husband, a teacher of medieval literature, for the rest of her life. She taught writing and literature at several universities. Fielder’s Choice (2002) was a finalist for the Gerald Lampert Award. Chameleon Hours (2008) won the Canadian Authors Association Award for Poetry in 2009, and was a finalist for the BC Book Prize that year. Her third book, The Exiles’ Gallery, was published in 2015. Partridge’s work has been anthologized in the United States, Canada, Ireland, and the United Kingdom, and has appeared in The New Yorker, Poetry, Southwest Review, Yale Review, Slate, The Walrus, The Fiddlehead, PN Review, and Poetry Ireland Review.

Elise Partridge’s poetry has been widely admired for its scrupulous truth to life and meticulous, glittering craft. Whether writing about family and friends, the natural world and the daily round, or serious illness, Partridge was, as Rosanna Warren has said, “a poet of brilliant precisions. Each line represents a new, glinting angle of thought... The result is an art of eerie compassion and an almost hyper-realist perception of the small.”

The If Borderlands includes all the poems that Partridge prepared for publication during her lifetime as well as a selection of uncollected or unpublished poems.

Purchases: From the New York Review Books website or at your local bookstore. $22.

NYRB * About This Series * More Books, Please!
The copyrights of all poems included in the series remain with their authors, and are reprinted with the permission of the publishers.
Email ThisBlogThis!Share to TwitterShare to FacebookShare to Pinterest
Labels: BCPoetry2017, community, review