BC Poetry 2017: "To Love the Coming End" by Leanne Dunic (Bookthug) 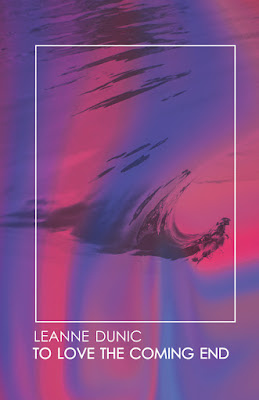 Excerpt from To Love the Coming End 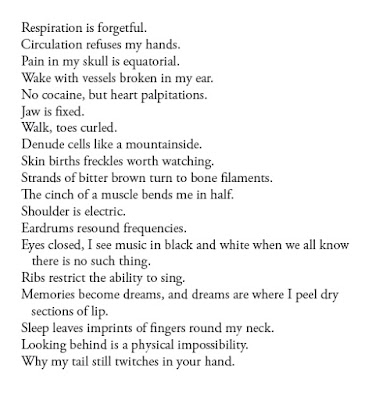 Leanne Dunic is a multidisciplinary artist, musician, and writer. Her work has won several honours, including the 2015 Alice Munro Short Story Contest, and has appeared in magazines and anthologies in Canada and abroad. Based in Vancouver, British Columbia, Leanne is the Artistic Director of the Powell Street Festival Society and is the singer/guitarist of The Deep Cove.

In To Love the Coming End, a disillusioned author obsessed with natural disasters and ‘the curse of 11’ refl ects on their own personal earthquake: the loss of a loved one. A lyric travelogue that moves between Singapore, Canada, and Japan, this debut from Leanne Dunic captures what it’s like to be united while simultaneously separated from the global experience of trauma, history, and loss that colour our everyday lives.

Book Launches: Done and gone. More to come - keep an eye on her website!

Purchases: From the Bookthug website, or at your local bookstore. $18.

Bookthug * About This Series * More Books, Please!
The copyrights of all poems included in the series remain with their authors, and are reprinted with the permission of the publishers.
Email ThisBlogThis!Share to TwitterShare to FacebookShare to Pinterest
Labels: BCPoetry2017, community, review