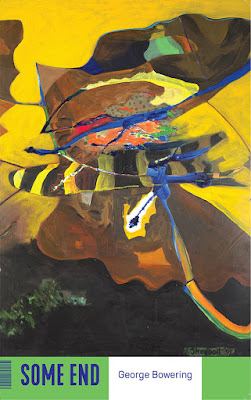 George Bowering taught English at Simon Fraser University from 1972 until his retirement in 2001. Canada's first Poet Laureate, he is an Officer of both the Order of Canada and the Order of British Columbia. He was one of the founders of the poetry publication Tish, served as and has received two Governor General's awards: the first, for poetry, in 1969 for The Gangs of Kosmos and Rocky Mountain Foot and the second, in 1980, for Burning Water, reissued by New Star in 2007. Bowering is well–known for his love of baseball, about which he has also written. He is the author of nine novels, five books of short stories, and numerous volumes of poetry, including Autobiology (New Star, 1972).

Born in San Francisco, poet George Stanley has been living in BC since the early 1970s, first in Vancouver, then in Terrace and back in Vancouver. A former instructor in the English department at Capilano College, he has published six books, including Gentle Northern Summer, Opening Day, The Stick, and You. He is the recipient of the 2006 Shelley Memorial Award for Poetry.

A masterpiece of late style and friendship, Some End / West Broadway combines back to back two powerful new works by old masters, George Bowering and George Stanley.

Stanley's West Broadway is a long poem, composed over the past decade, following on Stanley's other long city poems, "San Francisco's Gone", "Terrace Landscapes", and Vancouver: A Poem. Like those poems, West Broadway has embedded in it shorter verse poems that stand on their own.

Bowering's Some End is a suite of thirty–two poems tracking his recovery from a near fatal cardiac arrest in 2015. Throughout, Bowering's wit, his command of the idiom, and his ironic self–awareness shine through as powerfully as ever.


Purchase from the New Star Books website or at your local bookstore. $18.

New Star Books * About This Series * More Books, Please!
The copyrights of all poems included in the series remain with their authors, and are reprinted with the permission of the publishers.
Email ThisBlogThis!Share to TwitterShare to FacebookShare to Pinterest
Labels: BCPoetry2018, community, review