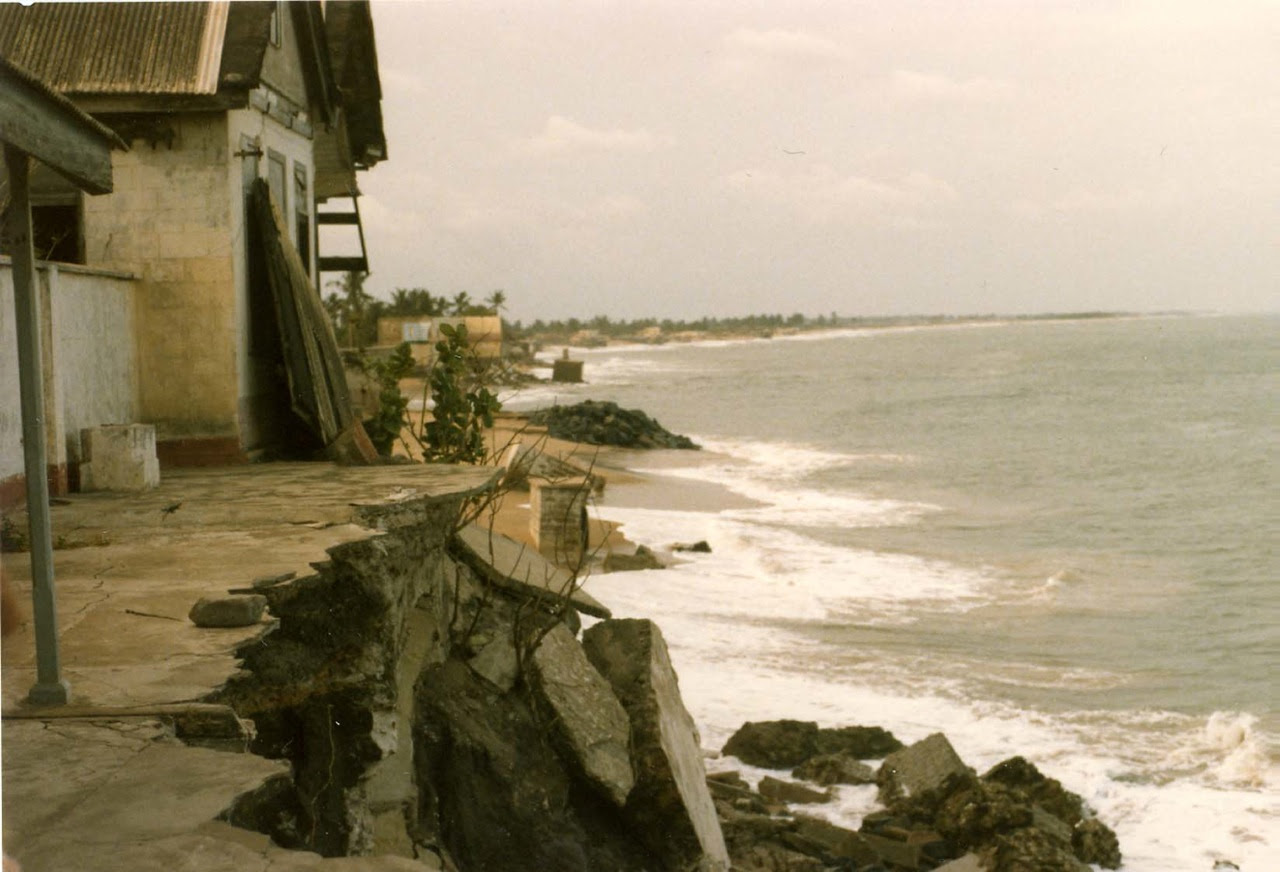 This week marks the end of a five-week experiment over at One Ghana, One Voice. Our normal format is one poem, one profile per week - and it's usually fairly random stuff. We've mixed it up a couple times in the past, with a tribute issue and a roundtable discussion, but this is our first foray into a "theme issue" (of sorts).

Every week since the beginning of January we have been featuring poems on Keta, a town in South-Eastern Ghana that is slowly disappearing due to erosion from both the North (Keta Lagoon) and the South (the Atlantic). It's been disappearing for decades, and has only been kept alive through a series of only moderately successful government reclamation projects. Even so, when Marta and I visited last year, a good one-third of the town was under water.

Obviously, the image of Keta is loaded with metaphor, and most of Ghana's great poets have written about it, including Kwesi Brew, whose poem "The Sea Eats Our Lands" is this week's feature (and the first poem published by OGOV that wasn't specifically submitted to us).

It's been a very rewarding experience, and has produced two of the finest poems OGOV has featured to date:

Keta Stories by Prince Mensah
Without Roots by Edith Faalong

Future "months" on football, Kwame Nkrumah, and who knows what else, are already in the works, so if you like this, there's more to come.

Photo of Keta by Beth Knittle.
Email ThisBlogThis!Share to TwitterShare to FacebookShare to Pinterest
Labels: OGOV