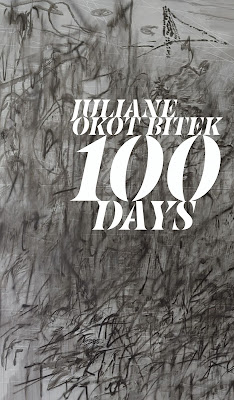 Juliane Okot Bitek has never stopped exploring the power of narrative, focusing her passionate essays, poetry, and nonfiction work on political and social issues. Her work has been anthologized and published widely online, in print, and in literary magazines. Some of her writing can be found in West Coast Line, subTerrain, Warscapes.com, African Writing Online, and zocalopoets.com.

For 100 days, Juliane Okot Bitek recorded the lingering nightmare of the Rwandan genocide in a poem—each poem recalling the senseless loss of life and of innocence. Okot Bitek draws on her own family's experience of displacement under the regime of Idi Amin, pulling in fragments of the poetic traditions she encounters along the way: the Ugandan Acholi oral tradition of her father—the poet Okot p'Bitek; Anglican hymns; the rhythms and sounds of the African American Spiritual tradition; and the beat of spoken word and hip-hop. 100 Days is a collection of poetry that will stop you in your tracks.

Purchases: From the University of Alberta Press website or at your local bookstore. $19.95.

University of Alberta Press * About This Series * More Books, Please!
The copyrights of all poems included in the series remain with their authors, and are reprinted with the permission of the publishers.