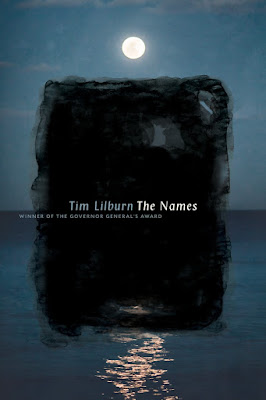 Rabbit Lake Log House, Where I First Read the Tao

Stove of quarter-inch iron
In a wide grey room facing the opposite
Plunge of the valley, frost on the inner walls, the early Nineties –
Where else to sleep but in front of that cherried blackness,
One sleigh, drifts, and a moon pressed into the metal,
In a winter bag, on a moose-hide rug, waking every few hours
To lay in poplar chunks broken
From the iced pile behind the kitchen.
I’d light a propane lamp later,
Put a kettle on the hottest part of the stove’s plate
For instant and watch white trees come out of dark.
A beautiful woman had left me.
Unskinned stars every night,
The river was frozen a half-mile below
Under animal scratches through snow.
The house was still and stepped back even in late morning,
Horsehair couch, some sort of tiptoedness in the biblical quotations
In glass ovals on the wall; the old logs in the loaned house
Cracked as if they made a boat
Moving across a sea of buoyant cold.

Tim Lilburn is the author of nine previous books of poetry, including Assiniboia, Orphic Politics, Kill-site, and To the River. His work has received the Governor General’s Award and the Saskatchewan Book of the Year Award, among other prizes. Lilburn is also the author of two essay collections, Living in the World As If It Were Home and Going Home, and the editor of two other influential books on poetics. He teaches at the University of Victoria.

The Names is personal and familial archaeology, an extemporal dig giving spectres back to their bodies. With its lines sped up and dazzlingly associative, Tim Lilburn’s cocktail of obsessions – confession, ontology, mystical theology, humour and extreme, fleet, apt weirdness – marches through on full display. He pulls in an even broader cast of characters than his previous collections managed: John Ruusbroec and Marguerite Porete brush past aunts, uncles, and unusual creatures steering the boats of language past fog-draped trees. In Lilburn’s latest collection, we are immersed in a realism of remarkable proportions, as though incandescent memory comprised both texture and text, and combined formed the elemental fibres of a perilous present.

Purchases: From the McClelland & Stewart website or at your local bookstore. $18.95.

McClelland & Stewart * About This Series * More Books, Please!
The copyrights of all poems included in the series remain with their authors, and are reprinted with the permission of the publishers.