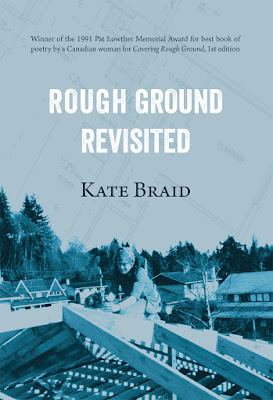 
Found poem
from a conversation with a female firefighter 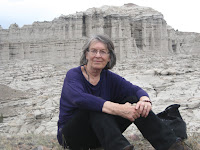 Kate Braid has written and co-edited eleven books of prize-winning poetry and non-fiction, most recently a memoir, Journeywoman: Swinging a Hammer in a Man’s World, and poems, Rough Ground Revisited. In 2015 she was awarded the Vancouver Mayor’s Award for the Literary Arts for leadership in Vancouver’s cultural community.

After publishing her memoir, Journeywoman: Swinging a Hammer in a Man’s World, it seemed appropriate to release a second edition of her first book of poems. In Rough Ground Revisited, several of the original poems in Covering Rough Ground have been replaced with new ones that explore - in slightly more gritty fashion but still with humour, compassion and a wise eye – Kate's experience as a construction carpenter and the impact of that crucial time in her life.

Exploring in a more gritty fashion.