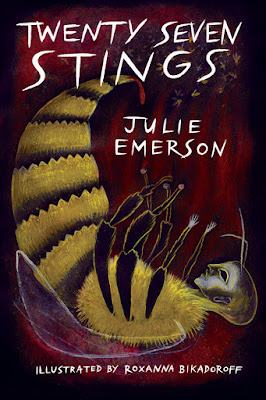 With fire, a man faces the enemy.
It’s fear he offers, no screen
of scarlet tulips. A samurai’s
sword compels the foe to face
the man, the knight with a spiked mace,
no blooming allium bulb.
The crossbowman can rupture
class, accused of cowardice
for not getting close to his rival.
Militiamen throng the fields,
muskets firing, nothing natural
as hundreds of blazing hawthorne buds.
Poppies turn blood-red,
pilots fly their own fire.
Now, beside a potted geranium
at his desk, a man with a screen is god.
He steers a dragonfly in another
country he’s never seen, a mother
calls her teenaged son — the end,
unmanned. Songs efface the boom:
bam. 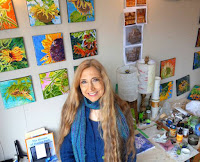 Julie Emerson is a writer and multimedia artist who lives in Vancouver and on Mayne Island, BC. She is the author of The Herons of Stanley Park (with photographer Martin Passchier, 2013) and A Hundred Days: A Botanical Novel (2012), and won the 2013 Vancouver Cherry Blossom Festival Haiku Competition. Her artwork is exhibited in galleries around Vancouver.

Twenty Seven Stings is a suite of seventeen poems inspired by the cultural histories and military strategies that have led us into wars throughout history, from sixth century BCE China to Alexander the Great to contemporary American drone warfare.

Drawing on these and other well–known conflicts, Twenty Seven Stings engages various aspects of war, including the rules of warfare; the unsung roles of women as pawns or inspirations or lures; the seasons of battle, the landscape, and the lack of food as elemental factors; and the use of poisons and bees as weapons — the title poem refers to the bee–stings required to kill an enemy, according to Pliny's Natural History. Julie Emerson's powerfully understated verse reimagines human consciousness, and the ways our psychological needs, our territorial instincts, and our propensity for violence inhabit and animate the state of war.

Purchases: The New Star website, or at your local bookstore. $18.

New Star Books * About This Series * More Books, Please!
The copyrights of all poems included in the series remain with their authors, and are reprinted with the permission of the publishers.